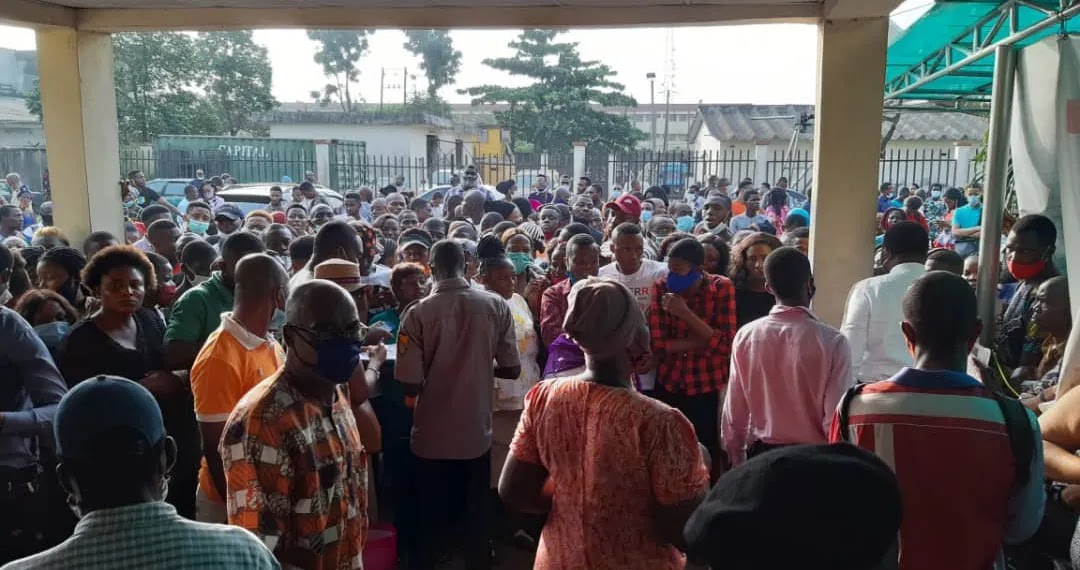 Phone companies on Tuesday barred several phone lines linked to National Identity Numbers, as the government-ordered enforcement targeting those yet to connect their lines to NINs began on a chaotic note.

Subscribers shared their frustration offline and online about how they realised they could not make calls despite connecting their phone lines to their NINs. Some who had not connected continued to make calls.

After repeated extension of deadlines, the federal government on Monday mandated telecom firms to bar lines yet to link to NINs from calling out.

The government said the move will enhance security but critics say the lack of political will may hinder authorities from utilising the measure to go after terrorists, kidnappers and bandits.

Some subscribers, who claimed to have linked their phone numbers, said they were unable to make calls from the early hours of Tuesday.

“I don’t understand this. Why restricting my line when I had linked this to NIN over a year ago. Who is responsible for this? Who bears the brunt for the dereliction of duty? Why do we have to pass through this hassle in our country? Why?” a Twitter user, I.G Onyekachi, wrote.

“Hello, I have linked my NIN with my glo sim a long time ago and I still can’t make calls since morning till now. Kindly help me rectify this please,” another user said.

The federal government issued a directive to operators to disconnect phone numbers yet to be linked to NINs on April 4.

The directive came after the government extended the deadline the 10th time on March 31. Registration started December 2020.

The operators sent messages to customers notifying them that the directive will take effect immediately.

“Yello! Following the directive to bar SIMs not linked to NIN. Your line has been barred from making outgoing calls and sending SMS. To reconnect, dial *785# to link your NIN. To register for NIN, visit any MTN shop,” a message from MTN said.

“Dear Customer, Due to NIN non-compliance, your line has been restricted from making calls as directed by the Federal Government. To continue to enjoy the service, kindly submit your NIN by dialing *109# or call at 109 now. Thank you for choosing Glo,” said a message from Glo.

When PREMIUM TIMES contacted Glo’s head of public relations,  Toni Kan, he said the company was obeying the government directive.

“Just to be clear so I am not misquoted. Glo has not barred anyone from making calls. We are, simply, like all telcos, obeying a ministerial directive regarding unlinked SIMs,” he said.

“No phone number that has been linked to a NIN will be barred on the Glo network. If anyone has been barred they should please go to a Glo customer care centre and it will be resolved,” he added.

MTN apologised to the affected customers, asking those who claimed their lines were barred despite linking them with their NINs to send in their numbers for rectification.

The spokespersons of the Nigerian Communications Commission (NCC), Ikechukwu Adinde, and the National Identity Management Commission (NIMC), Kayode Adegoke, did not respond to messages and calls.

Another source (who asked not to be named) said the complaints were industry wide and will take a few days to resolve.