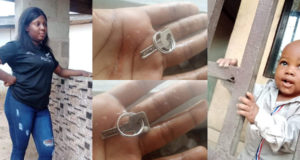 A lady identified on Facebook by her username as Chiamaka Silas has glorified God after she rescued her son who swallowed a key.

Narrating the story, she disclosed that after feeding her son, she proceeded to the kitchen to drop the plates, only to come back to her son choking.

The lady who wasn’t aware of what happened revealed that she began giving him water as she thought it was a result of indigestion. 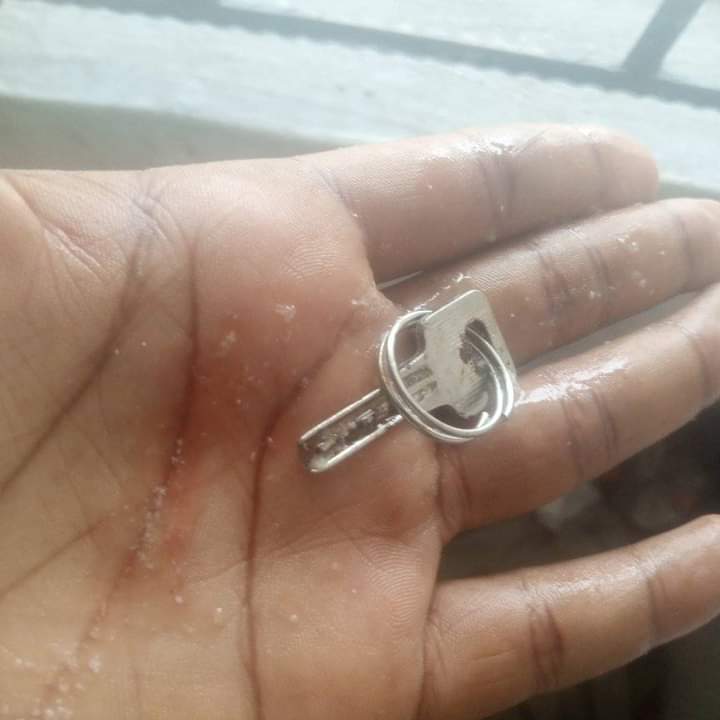 It was when things got worse that she placed her hand on his throat and felt a strong item which she later pulled out causing him injuries in his mouth. 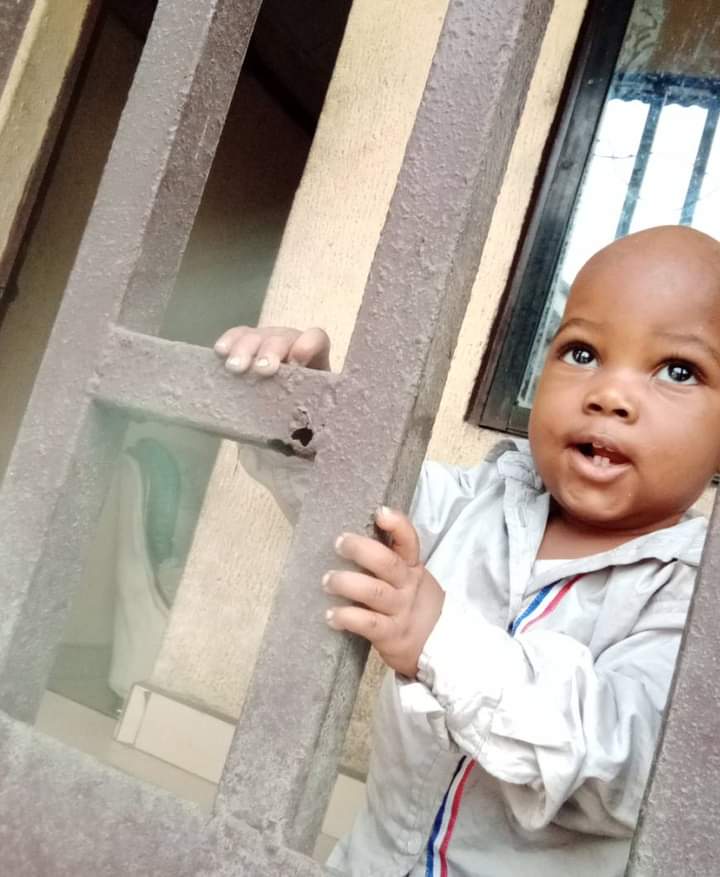 “Help me thank this almighty God😭😭😭😭..I finished feeding my 1year old boy and entered the kitchen to drop his plates, only for Me to return and found him breathing helplessly😥, I taut they food have stunk on him, not knowing this key was hanging in his throat, and I was busy giving him water to digest the food he ate🙆🙆, I notice blood gushing out from his mouth and breathing like Som1 who wants to die now, with fear in me, I place my Hand inside his throat and felt a little bit strong item, I hold it and dragged it out, this key was what came out😭😭😭😭😭, even after bringing it out, it took him about 5minutes to regain consciousness🤔🤔, I injured him upper and lower mouth while pulling out the key but brethens it was worth it..💪💪💪**** What could I have done if he swallowed this key completely???
**** will surgery save a 1year old boy from this ???He nearly died on my arms while bringing this out, but my God Neva sleeps or slumber, he shamed my enemies…Bikonu help me thank this faithful God😭😭😭😭he is indeed a miraculous father….Pls share to a keep a mother vigilant…🙏🙏🙏🙏🙏🙏🙏ShareShareShare” 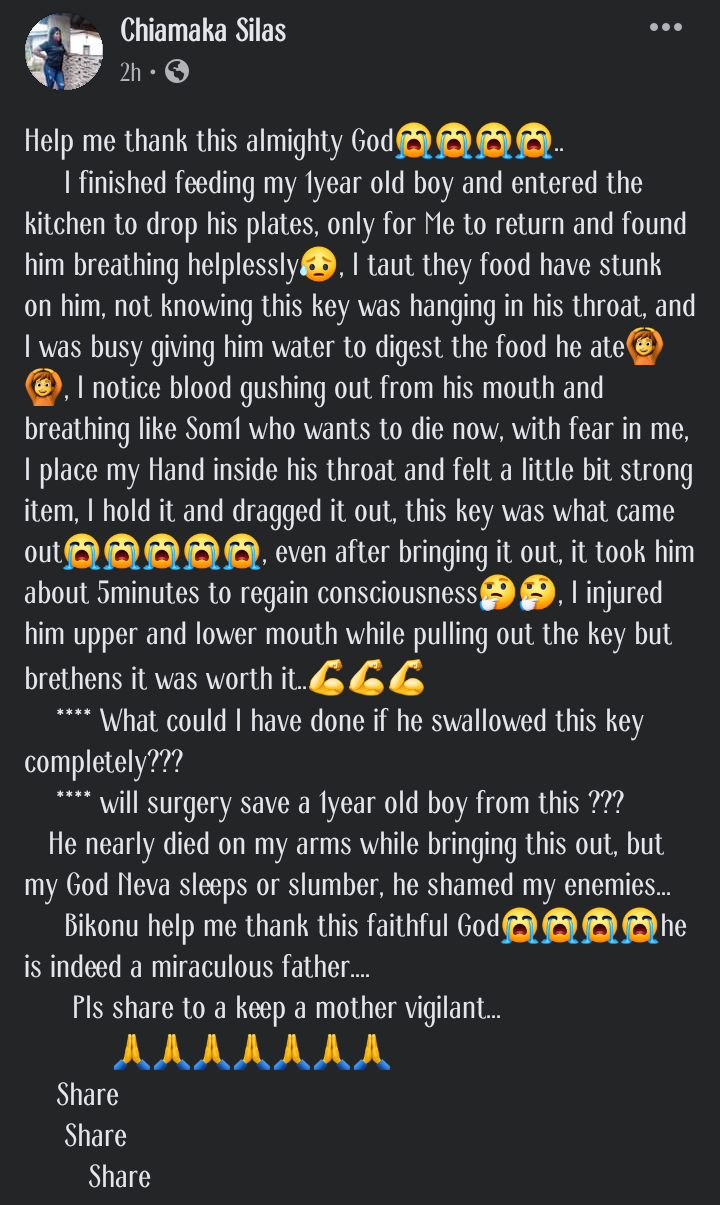