Pastor Adeboye: 'I was born in the bush, God called me from the bush' 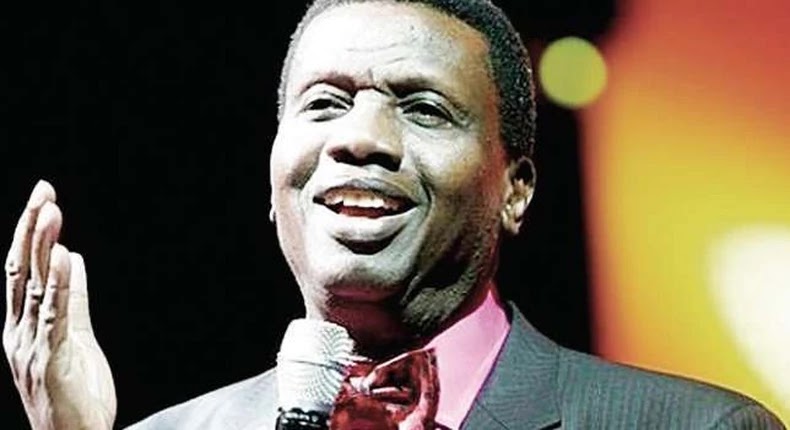 General Overseer of the Redeemed Christian Church of God (RCCG), Pastor Enoch Adeboye, has by and by relayed the tale of his unassuming beginnings from rural Nigeria, and how a voice called him into chapel leadership from the surrounding bushes.

"I have always loved the bush because I was born in the bush; I went to school in the bush. Even when I was going to the university, it was in the bush because except for the University of Nigeria Nsukka, not many people knew of a place called Nsukka back then," he was cited as saying.

The 79-year-old adds that "when I left the university, I went to teach in a bush (a village in Ondo State); and years later in Lagos, I lived in a little house encompassed by bush."

“I heard a voice speaking to me and the Spirit of God made it so wonderfully different that I didn’t even ask who was speaking.

“My Father-in-the-Lord had traveled, and before he did, a service to send him off was held, at which we sang a song, ‘We will meet again’.

“That voice said that your father has travelled to Jerusalem, and you sang that you will see him again.”

"It continued: “What if he doesn’t come back?

“Ha, of course, he will come back!” I said hurriedly.

“‘Well, suppose he doesn’t come back; who will succeed him?’

“I said that there are some big pastors in the church, the people who had been with him since the beginning of the church. I even mentioned names.

“Any name I mentioned, the voice ruled out with reasons — some of them secrets never heard of.

“And after I had presented all the pastors I felt could take over the leadership of the church, the voice asked a scary question, ‘What about you?’

“I wasn’t even a pastor then – Just a worker.

“But the voice returned, ‘That was how David was picked in the bush.’

“At that point, I suddenly realised that the conversation was taking a dangerous turn, so I said: ‘What is my concern?’

“It was then that I became conscious of the fact that I was alone in the bush.

“Days later, My-father-in-the-Lord returned safely, and I was glad that the voice was wrong. But not long after his return, he came to where I was, pointed at me and said he wanted to see me in his office.

“When I went to see him, he said: ‘I will be ordaining you in two weeks’ time.

“Then, suddenly, I remembered that I said I wasn’t even a pastor and then I knew that I was in trouble.

“My wife and I fasted for two weeks for God to change His mind about what was unfolding, but He didn’t.

“My day came, and it didn’t matter that I was in the bush. God located me.”

Adeboye’s RCCG can be found in every nook and cranny of Nigeria and across the world.