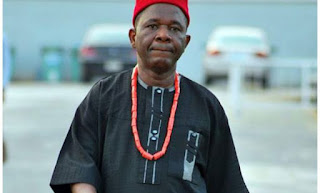 Nollywood veteran entertainer, Chiwetalu Agu, has been re-captured by men of the Department of State Services.

Agu was captured around Upper Iweke in Onitsha, Anambra State, on Thursday for wearing a Biafra outfit

He was subsequently delivered on Friday however DSS affirmed that the entertainer is presently in its guardianship.

"Armed force carried him to us. Equity will follow through to its logical end."

As per Punch, Rollas said, "The AGN knows that the DSS has gotten Chiwetalu Agu after the Nigerian Army captured him.

"We are as of now chipping away at getting his delivery."